More Creative Elements Challenge Yourself!
Digital challenges to help you develop your skills!
26 posts Page 3 of 3
Post a reply
Previous 1, 2, 3 Next

Choice: Another ugly truck - found in the Yucca Valley region - not too ugly, though, with the American flag attached to it.

That's it for this month. March will be here soon. Am running out of ideas for subjects. Suggestions are more than welcome!!

If your pictures aren't good enough, you're not close enough. - Robert Capa

tennie
Thinkin’ outside the box! 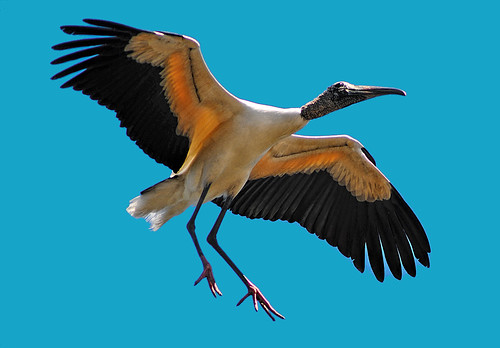 Wood stork coming in for a landing. Taken in the rookery in St. Augustine's Gator Farm. The birds like to nest in the trees above the gators so that they aren't bothered by tree climbing predators.
But they'd better watch out to stay out of the gators reach...

Representative to our area.
We're in Gator country...and not just the football team.

A gator caught a bird for lunch. However all the less enterprising gators thought he should give it over to them.

The chase started in the water, onto land, through trees and back to the water. He hung on to his prize even with others biting at his tail, legs and (as you see here) his head. Sometimes there were 3 or 4 attacking at the same time. Yet he hung on.

I don't know what happened when they got back in the water as that put them under the walkway we were on.
Tennie

by happysnappy » Mon Feb 24, 2014 7:20 pm
Welcome back, Tennie!!! Missed you! Great shots of the wood stork and pugnatious alligators.

tennie
Thinkin’ outside the box!

For 'two' I have sisters...lioness cubs, taken yesterday at Busch Gardens

"F" Forge and Fire
Annual 'Cracker Days' at a nearby state park. Florida Crackers (original settlers) are re-enacted in a Cracker camp setting. Crafts and daily living are depicted.